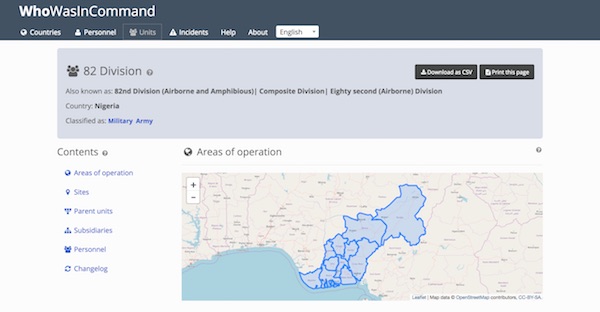 DataMade built and maintains an open source web tool for collecting and scrutinizing dossiers on units, personnel, and incidents associated with security force activity around the world, sourced from news articles and released to the public through an explorable interface.

For a guided tour of WhoWasInCommand, see our blog post announcing the launch. For more of our thoughts on building dossier tools like WhoWasInCommand, read our whitepaper on Machine Assisted Dossiers (Gregg, Cochrane, McGovern) that we presented at the 2017 Computation and Journalism symposium in October 2017.