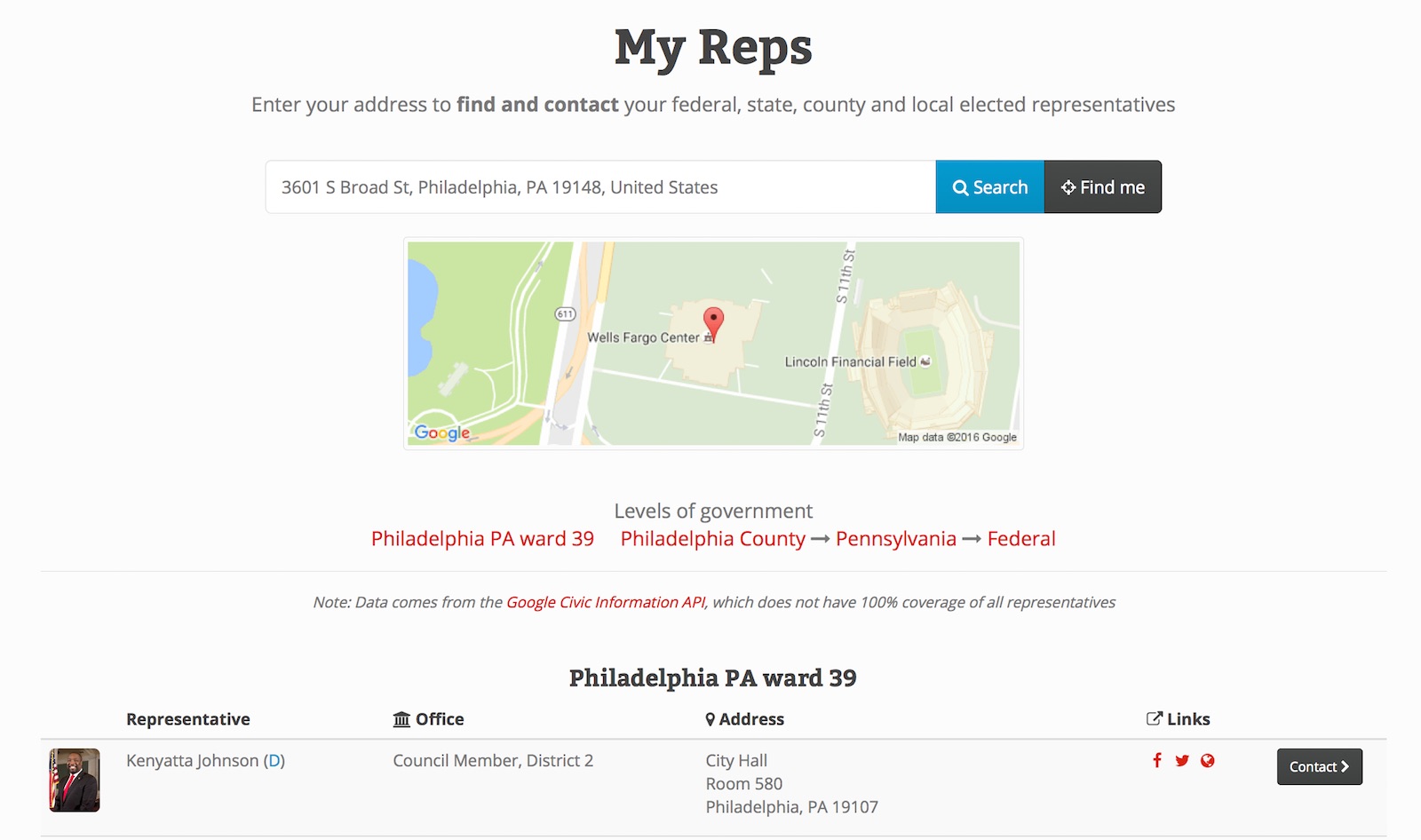 Enter your address to find your local elected representatives and then tell them to support participatory budgeting!

To get an elected official to take up a particular government policy like this, one of the most effective strategies is to empower their constituents to directly advocate for it.

My Reps is a tool to help advocates of participatory budgeting to find their city and county elected officials and contact them directly. It is powered by the Google Civic Information API, which aggregates data across the United States on elected officials in Federal, State, County and local offices.