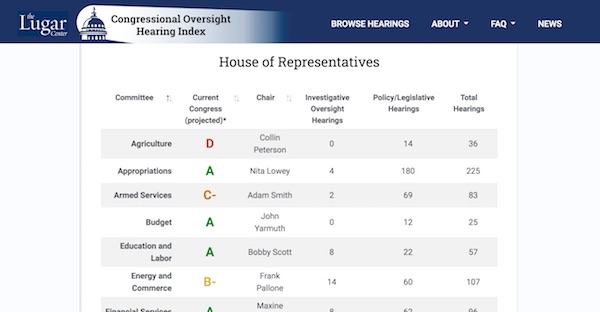 A database of congressional hearings to provide measurable insight into Congress’s commitment to oversight.

The Lugar Center Congressional Oversight Hearing Index evaluates each House and Senate committee’s devotion to oversight. Employing a unique database of roughly 20,000 hearings from the last 12 years and a custom categorizations, each committee is given a letter grade based on the degree to which its oversight hearing record in this Congress is on pace to match its historical performance.

In addition to designing and building the website and visualizations, DataMade assisted the Lugar Center in scraping and collecting historical hearings for each committee and built a machine learning classifier to predict the type of hearing based on its text. 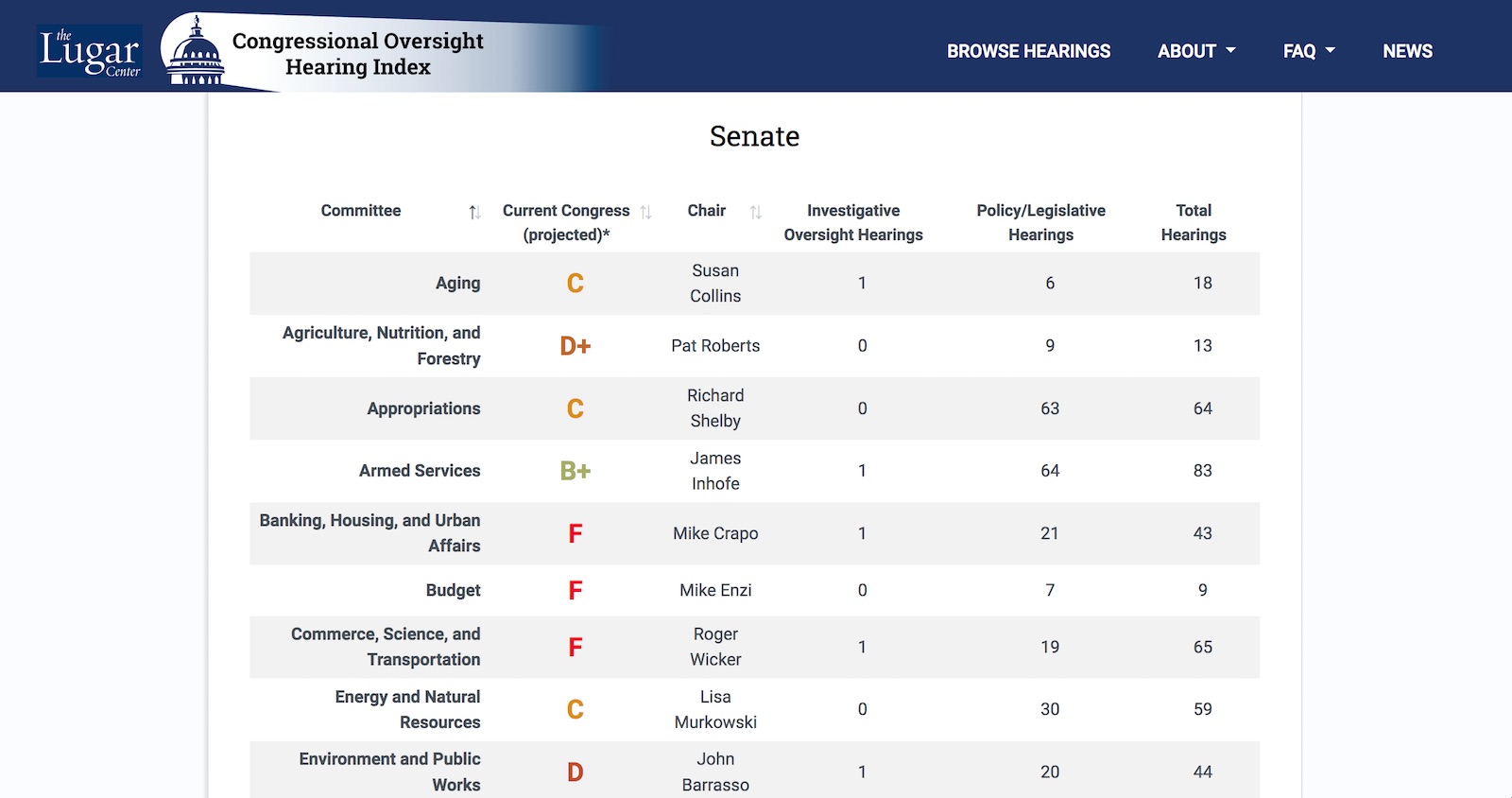 Charts displaying the number of hearings for a committee by category and compared to the historical average. 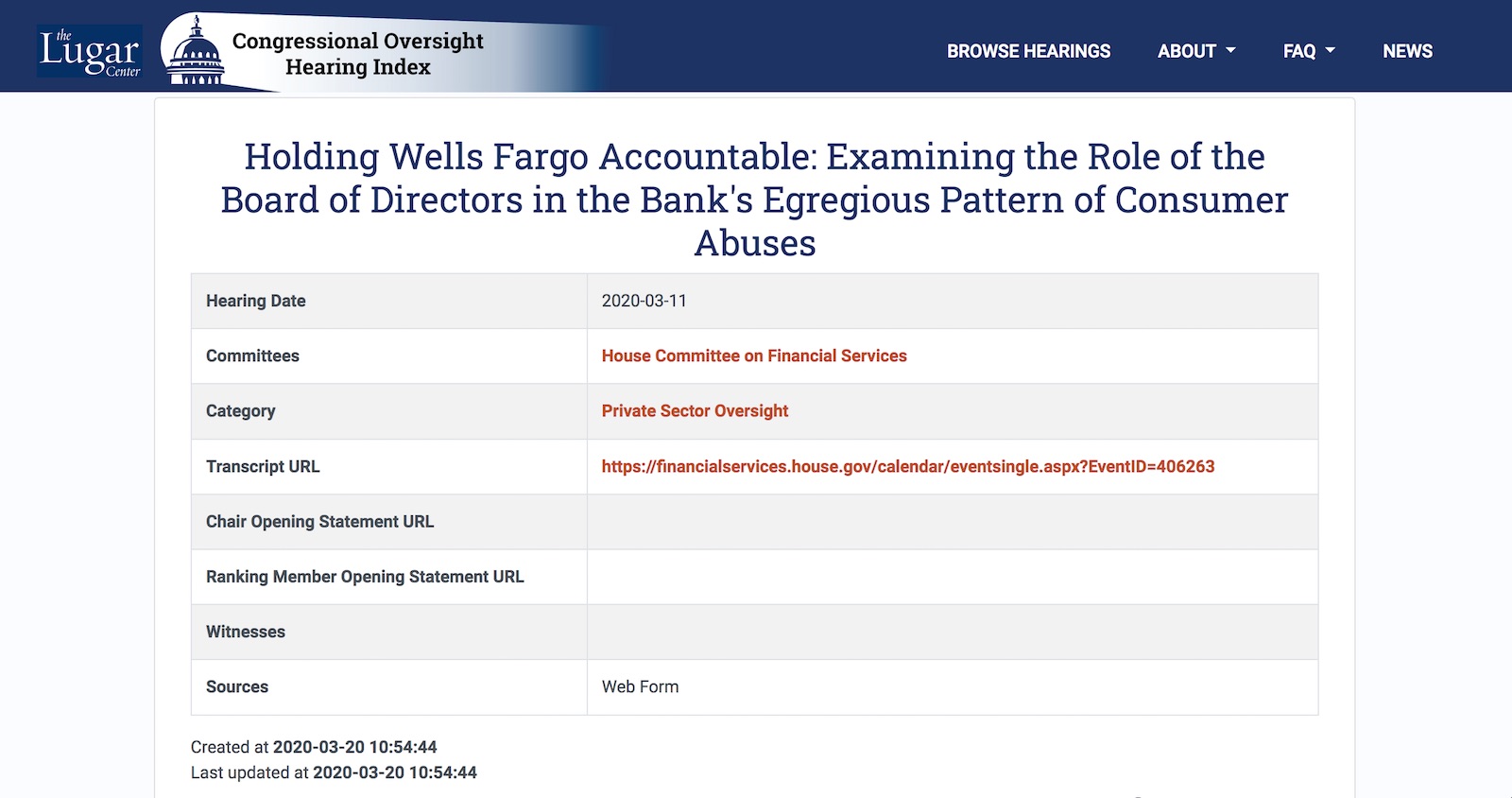