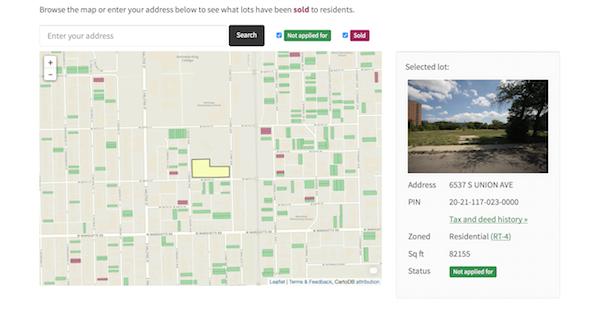 We worked with the City of Chicago and neighborhood groups to improve and scale up a program for selling land to residents.

The Large Lot Program is a housing land use approach that was developed as part of the Green Healthy Neighborhoods public planning process. The program was piloted in community areas where the City owns large amounts of vacant land and eventually opened up to large areas of the south and west sides of Chicago. The core goals of the program are:

LargeLots.org was originally built to make the process of purchasing City-owned land through this program easier for residents. It was initiated by Demond Drummer at Teamwork Englewood, built by DataMade, and funded by LISC Chicago with support from the Boeing Corporation, and the Knight Foundation for LISC’s OpenGov for the Rest of Us project.

On December 10, 2014, LargeLots.org was officially adopted by the City of Chicago as part of the Large Lot Program. See the passed ordinance.

As of Spring 2020, the Large Lots program has successfully sold 1,250 city-owned lots.

LargeLots.org was designed as a digital-first, resident-focused website. The guiding principle was to make applying for a lot as simple as possible. Through careful policy and application design, applicants were freed from many of the steps typical of applications for government services. We were able to move other steps until after the applicant had been screened by City staff, making the first step as easy to take as possible.

Over the course of many neighborhood pilots, DataMade worked with the City of Chicago, LISC and community partners to refine and simplify the application process. The end result is a one page application that can be completed on a desktop, tablet or phone in under 5 minutes.

The popularity of the Large Lots program required the City to change how they reviewed applications in order to meet the volume of applications.

DataMade worked with City of Chicago staff to build a custom review interface that allowed staff to quickly review each applicant and move them through an 11 step process. 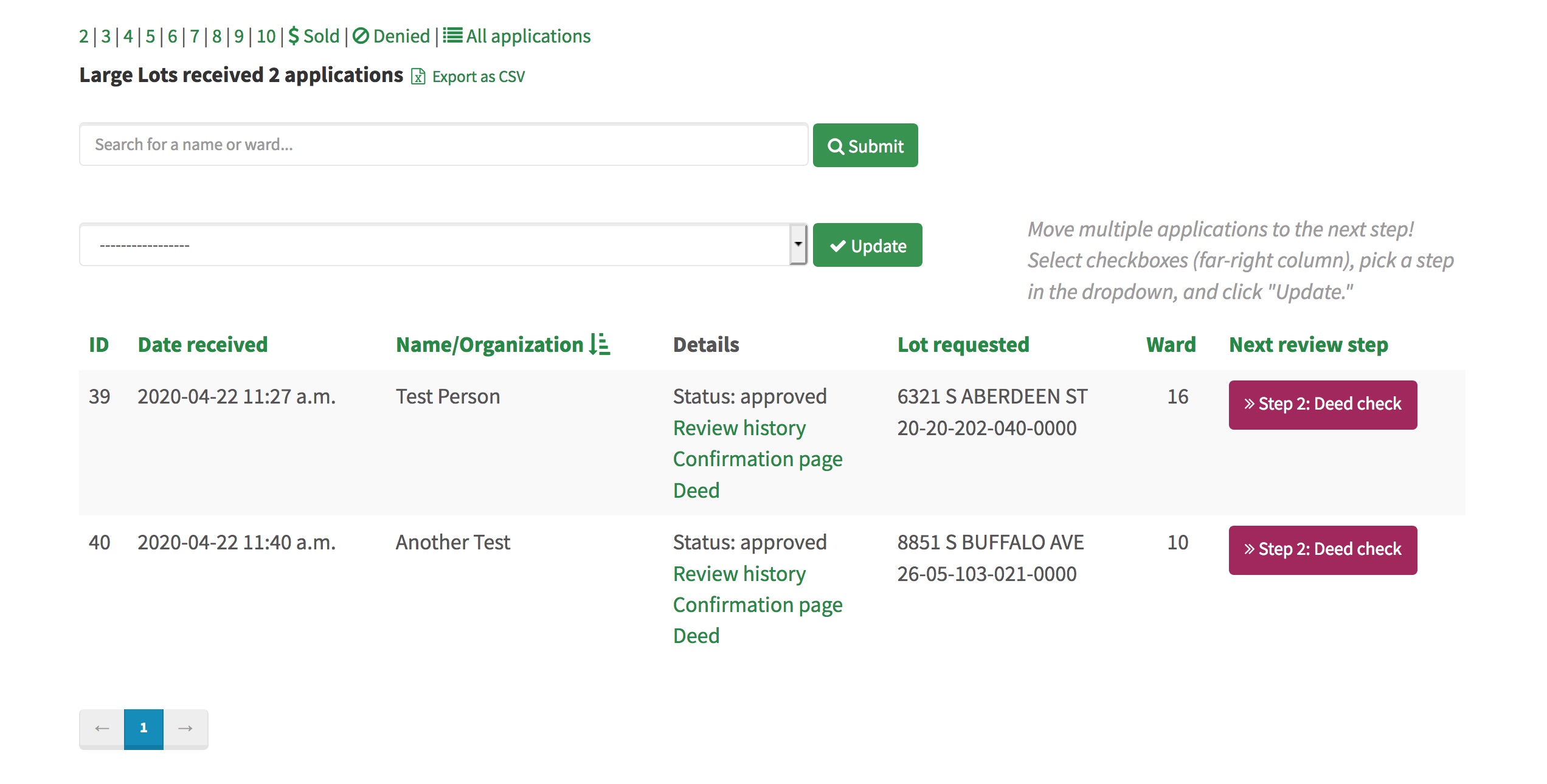 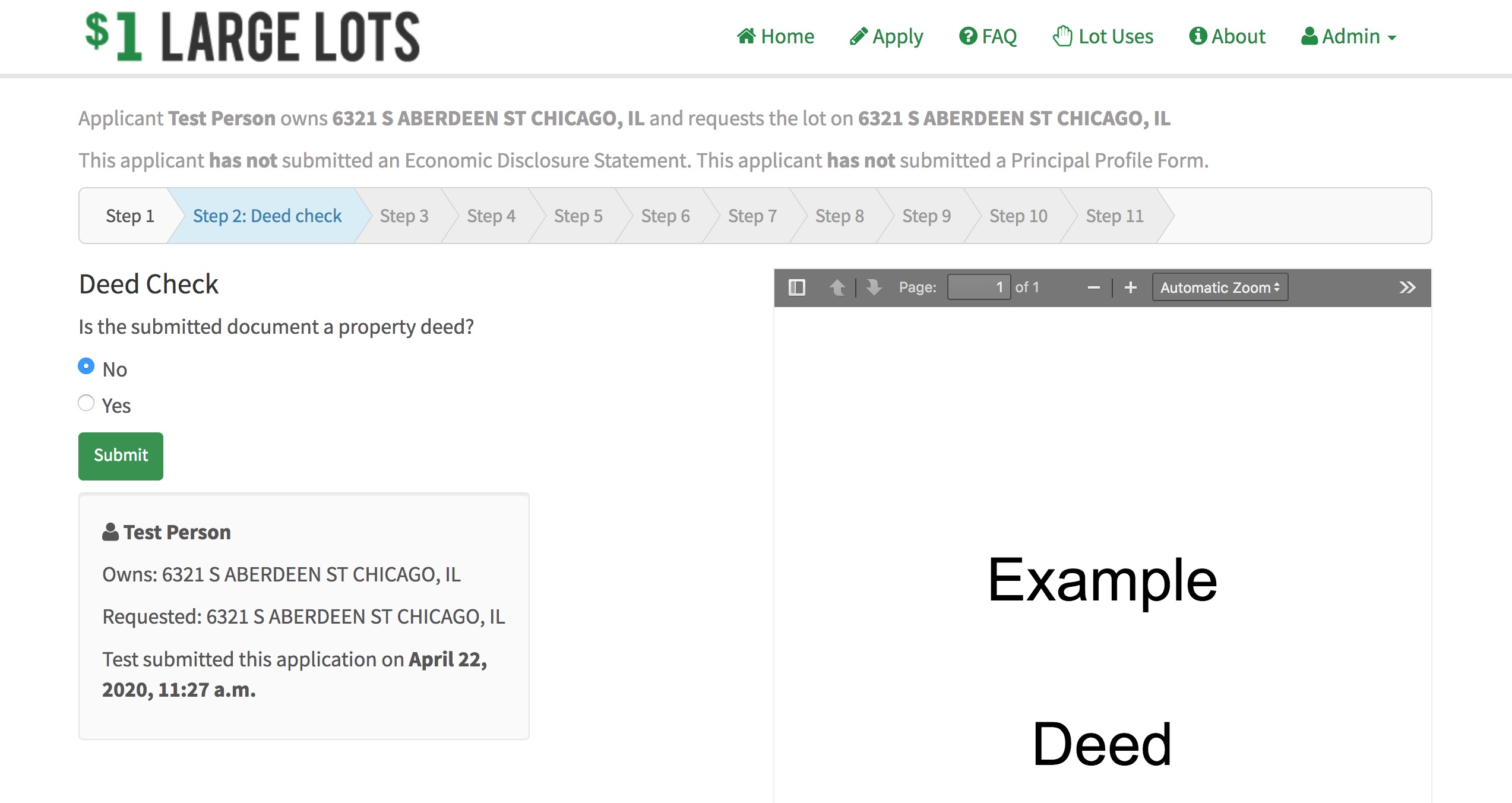 As more applicants were reviewed, new bottlenecks in the City’s processes were discovered, including the difficulty for individuals in filling out the City’s required Electronic Disclosure Statement (EDS). This form, which was made for government vendors was a huge hurdle for Large Lots applicants.

DataMade created a custom EDS application that Large Lots applicants could fill quickly and easily fill out. The resulting information was then processed and passed directly to the City’s online EDS platform for submission. The results of this application led to some impressive outcomes: 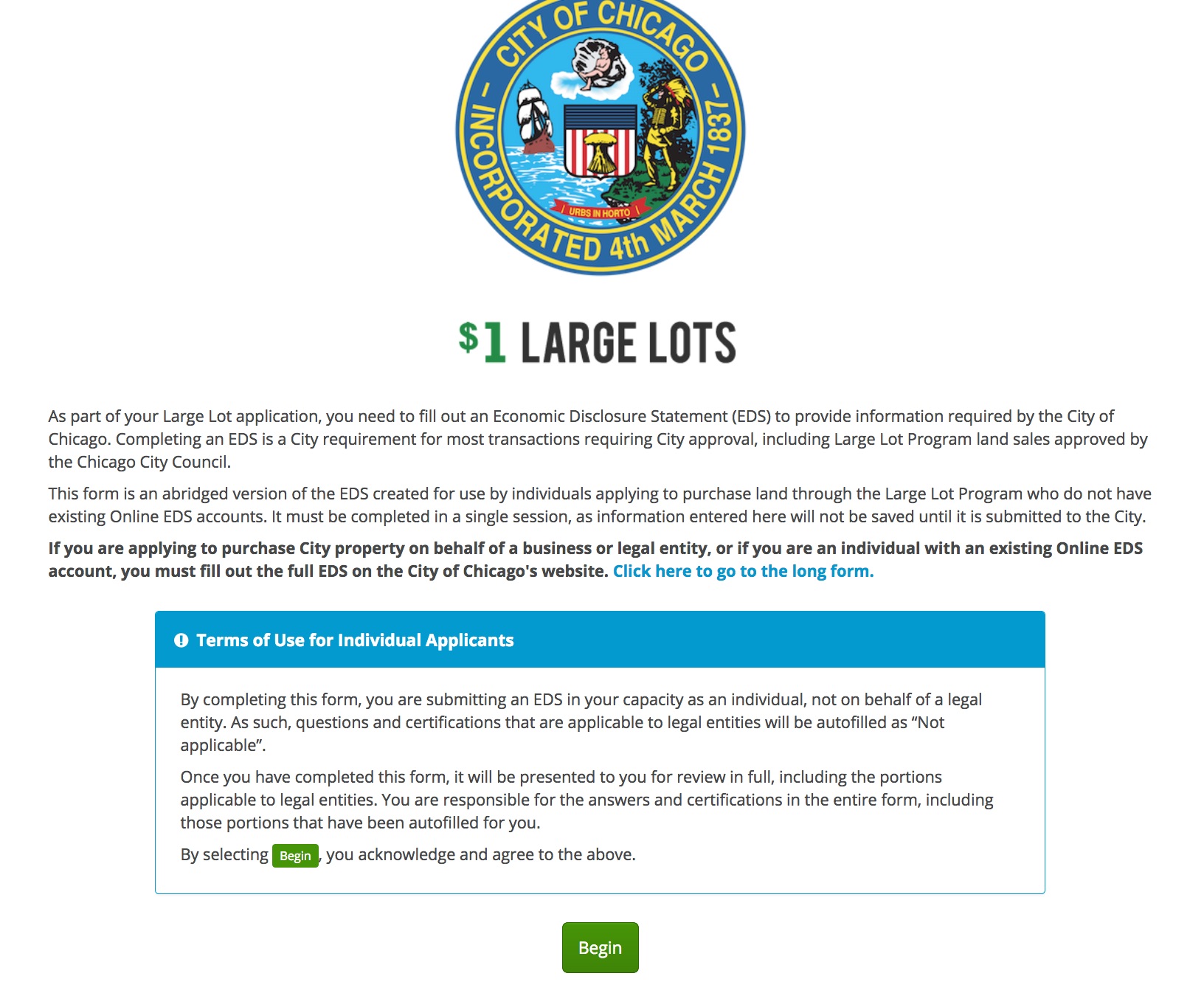