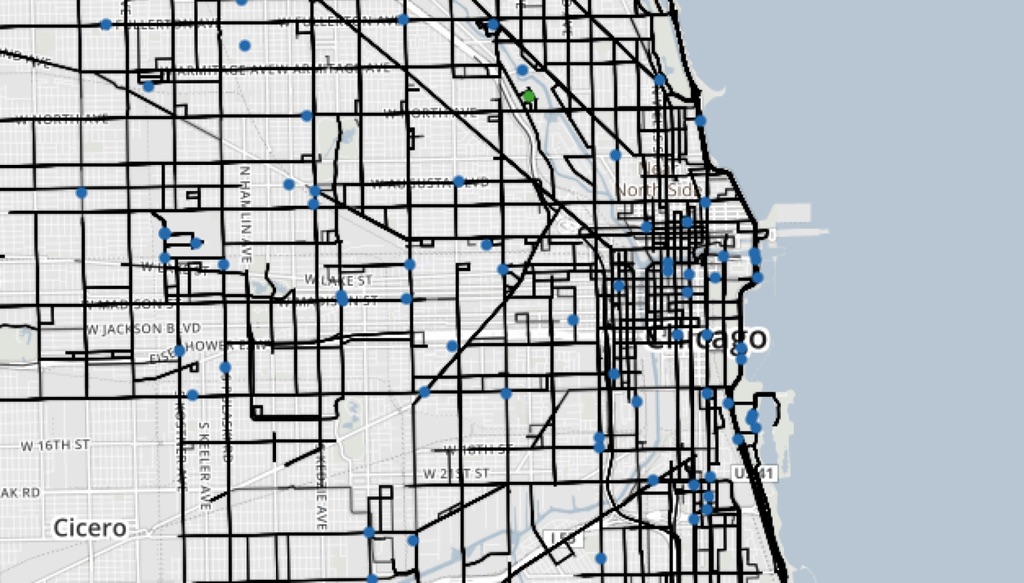 A civic app for tracking where Chicago snow plows have gone during a snowstorm.

On January 3rd 2012, the City of Chicago launched Plow Tracker, an app that tracks where the city’s snow plows in real time.

Building on top of the same data, Juan-Pablo Velez, Forest Gregg and Derek Eder of Open City built ClearStreets a few weeks later to answer a slightly different question: where have the plows been? ClearStreets takes the known positions of snow plows and, using the street grid as a guide, draws the likely path that each plow took.

Now, well into it’s fourth winter, ClearStreets has been adopted by DataMade to not only keep the service running, but to make improvements to it, starting with improving the path matching algorithm.